Alexa is the Amazon virtual assistant which is available on Amazon Echo speakers. Alexa uses skills to play live radio stations, music and podcasts. Other smart speakers, such as the Sonos One and Pure StreamR, also have Alexa built-in.

Rather than using an app, buttons or menus, audio is played on Amazon Alexa enabled speakers with voice commands. In the sections below we’ve provided some example commands to get you started. Commands always start with the trigger word “Alexa”.

The Amazon Echo range includes smart speakers, devices with screens and the Echo Input. The small Echo Dot is the cheapest speaker in the range at £49.99. Amazon and other retailers often have deals on the Echo devices.

Buttons on the top of the Echo speakers can be used to turn the volume up or down. There’s also a microphone mute button. The action button is an alternative to saying a trigger word like “Alexa”.

The volume can also be adjusted up or down with voice control.

Alexa, turn it up

Volume can be set to a specific level too, between 1 and 10.

Skills are like apps on a smartphone. Alexa skills can be enabled through the Alexa app or on Amazon’s website. In the Alexa smartphone app search for a skill by name, for example ‘Planet Rock’. Or search for the type of skill, like podcasts. Then tap the Enable button to get the skill.

We’ve used an Amazon Echo device to create this guide. On devices which aren’t made by Amazon the references to buttons and functions like Bluetooth may not apply.

Listen to live radio with an Alexa-enabled speaker

Radio stations are started by asking Alexa to play a radio station from TuneIn, an internet radio directory.

International and online-only radio stations are also available through TuneIn. When asking for international stations, like WDR 1Live, the station name should be given in English. For example, WDR One Live instead of WDR Eins Live.

TuneIn isn’t the only option for live radio stations on Amazon Echo speakers. The Radioplayer skill only contains UK radio stations, which might be useful if TuneIn sometimes picks the wrong station.

Radioplayer also plays on-demand radio programmes. The selection of programmes depends on the radio station. For example, the Absolute Radio breakfast show is available, but not the breakfast show on Capital.

Many radio stations have their own Alexa skills. There are skills for Capital, Heart, Magic and digital stations like Scala Radio and LBC.

The command for starting a station with its own skill is often shorter.

Alexa plays the latest episode of podcasts with a voice command.

Discovering podcasts with voice control is a bit tricky, but it’s possible to browse podcasts in the Alexa app.

Launch the Alexa app and select Things to Try in the menu. Scroll down to Radio & Podcasts and scroll down again to Discover more podcasts. Scroll down to the end again and tap Podcasts. Choose a category from the list, such as Science, then browse the shows and episodes.

Podcasts from a variety of large publishers like the BBC and newspapers will appear alongside independent productions. Be aware that not all podcasts are family-friendly, although there are specific podcasts for children and younger listeners. 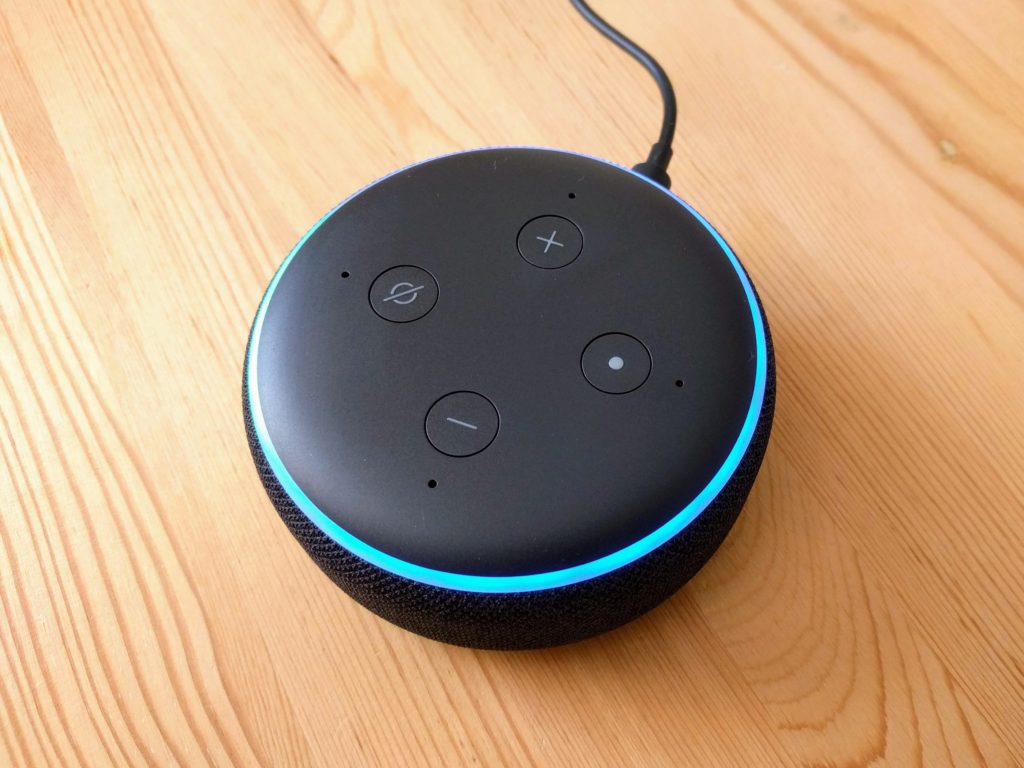 Alexa listening for a command on a charcoal Amazon Echo Dot

TuneIn isn’t the only way to listen to podcasts on Amazon Echo speakers. Skills like AnyPod work more like a podcast app when enabled, allowing you to subscribe or skip forward in an episode.

If you already use a podcast app on your smartphone there may be an Alexa skill too. This is a great way to finish listening to a podcast you started before you got home.

Alexa, ask Stitcher to pick up where I left off

Stitcher is one skill which also has a smartphone app and can be linked with an account.

Stream music on a speaker with Amazon Alexa

Alexa plays music from streaming services including Amazon Music, Spotify, Apple Music and Deezer. These are all subscription music services. A free trial of Amazon Music can be started on the device. Amazon Music Unlimited is £9.99 per month, as is Spotify.

Some useful commands for playback are play, pause, stop and mute.

If you have an Amazon Music subscription you can ask Alexa to play songs, artists and albums.

Alexa, play I Want Your Love

If you prefer Spotify you can link your Spotify account to the speaker. Once this is done the commands are similar to Amazon Music, but with “on Spotify” appended on the end.

Although Amazon Music is the default service, it’s possible to set Spotify as the default music service in the Alexa app. This will save having to add “on Spotify” to your voice commands.

It’s no longer possible to upload your own MP3’s to Amazon. Any music you’ve purchased on the site should play from your library.

To play your own music from your phone or home network you can use Bluetooth. Pair your device with the smart speaker (see below) and then play music as normal in your chosen app.

Amazon Echo devices also make good Bluetooth speakers. While Alexa can play audio from many sources, it might be useful to play music or other audio from a phone or tablet. This could be a file on your device or audio from an app which isn’t available as an Alexa skill.

To pair a smartphone or tablet with an Echo device first enable pairing mode on the mobile device. In the Alexa app open the settings, then select the speaker to connect to. Then choose Bluetooth and Pair a New Device.

Go back to the Bluetooth settings for your phone and select the speaker. Alexa should say that the pairing has been successful.

Only one Bluetooth device can be connected to an Echo speaker at a time. Disconnect other devices from the speaker by saying “Disconnect”. 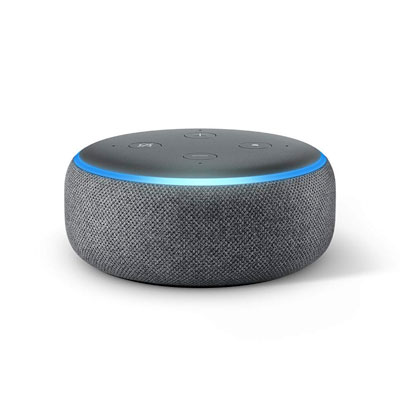