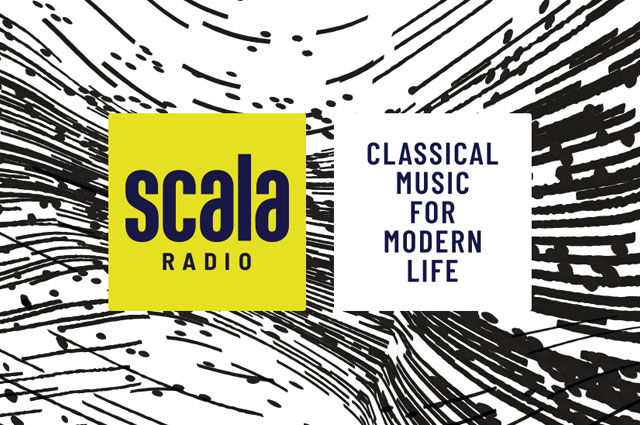 New classical music radio station Scala Radio has begun test transmissions. The station has appeared as SCALA_RADIO on digital radios ahead of its launch next month.

The station has also confirmed that Anthea Turner, Luci Holland, Hannah Cox, comedian Faye Treacy and composer Alexis Ffrench have joined the presenting line-up. They join Simon Mayo, Angellica Bell and Mark Kermode who were unveiled when the launch was announced last month.

The first programme on the new station will be hosted by Simon Mayo at 10am on Monday 4th March. He’ll be joined by a “special guest” and fellow Scala Radio presenters. The new show will include the long-running confessions feature “with a classical twist” as well as a mix of classic and contemporary music and listener requests.

Scala Radio says it will offer “classical music for modern life”, playing familiar masters alongside fresh and new classical pieces. It says the station will be presented with an informal attitude and feature intriguing mini-series’.

Jack Pepper will curate four shows looking into the archive of The London Symphony Orchestra. In the first edition of Scala Radio Spotlight the history of the orchestra will be examined. Listeners will hear music by Holst, Tiomkin, Elgar and Berlioz. The mini-series will be broadcast from Monday 4th – 7th at 7pm.

Composer, arranger and sound artist Luci Holland will host The Console – a Saturday evening show on music in video gaming. The genre has been featured on BBC Radio 3 and Classic FM in the last few years.

In ‘Music in Motion’ the pianist and composer Alexis Ffrench will take listeners on a journey through the music that inspired him. The show will feature music “from Chopin to Shostakovich and Beach Boys to Beastie Boys”.

Anthea Turner will re-unite with Chris Rogers for a Sunday Brunch show.

Speaking ahead of the launch, Anthea Turner said, “Music and conversation are two of the greatest things in life, so it’ll be such a pleasure to bring weekend playfulness to Scala Radio each Sunday”.

It may be necessary to retune a digital radio to receive the new station. Scala Radio is broadcasting in the original DAB format (rather than the newer DAB+) at 112kbps in stereo. The bitrate is lower than that used by Classic FM and BBC Radio 3, but is one of only a handful of national digital commercial radio stations to broadcast in stereo on DAB.

The station will also be available online, in mobile apps and through smart speakers.